On July 11, 1959 an early morning fire claimed the lives of three children and their collie dog in their lake cottage. A group of concerned citizens began talking about forming a fire department and in October of 1959 the West Lauderdale Fire Department was formed.

The initial department meeting was attended by twenty five residents at Riolo's Inn (currently the Lauderdale Landing). A corporation was formed, officers were elected, and a $3,000 budget was set. $1,250 was contributed through donations with the Town of LaGrange indicating they could help with financing. Meetings and trainings were to be held at Riolo's Inn until building and facilities could be constructed. Our first piece of apparatus was purchased in February of 1960. A 1923 Stoughton was purchased at a cost of $4,500.00. The price was agreed upon based on its value at the time of as an "antique" as well as a large amount of "restoration" done.

We have come a long way from those initial days. Members started out by not only being volunteer, but were required to pay monthly dues. Training was rudimentary and equipment was all purchased second hand. We have always been a resourceful department, a tradition that continues to this day.

Our first Chief was Nello Achilli, the owner of Riolo's Inn. He directed operations on the scene in a thick Italian accent famously saying "putta da watta ona da fire!" That basic philosophy still applies and lives on today as written on the side of engine 1420. He was followed by Mert Taylor, Jack Nelson, Chuck Nass, John (Curly) Duerst, and finally Dave Nelson today. All of them leaving their mark on our department and providing the next step to where we are today. If you're ever in the area on a Wednesday night, stop down at the firehouse. You can see how one determined fire department can change over a few decades. 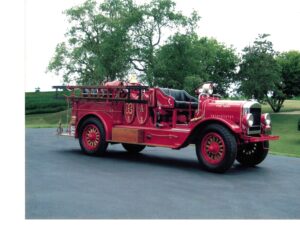 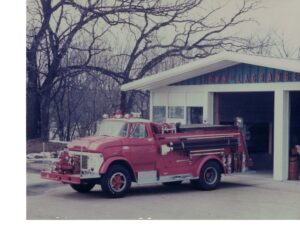 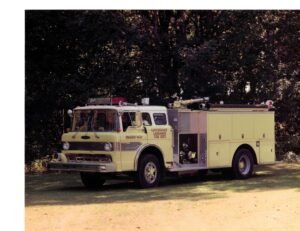